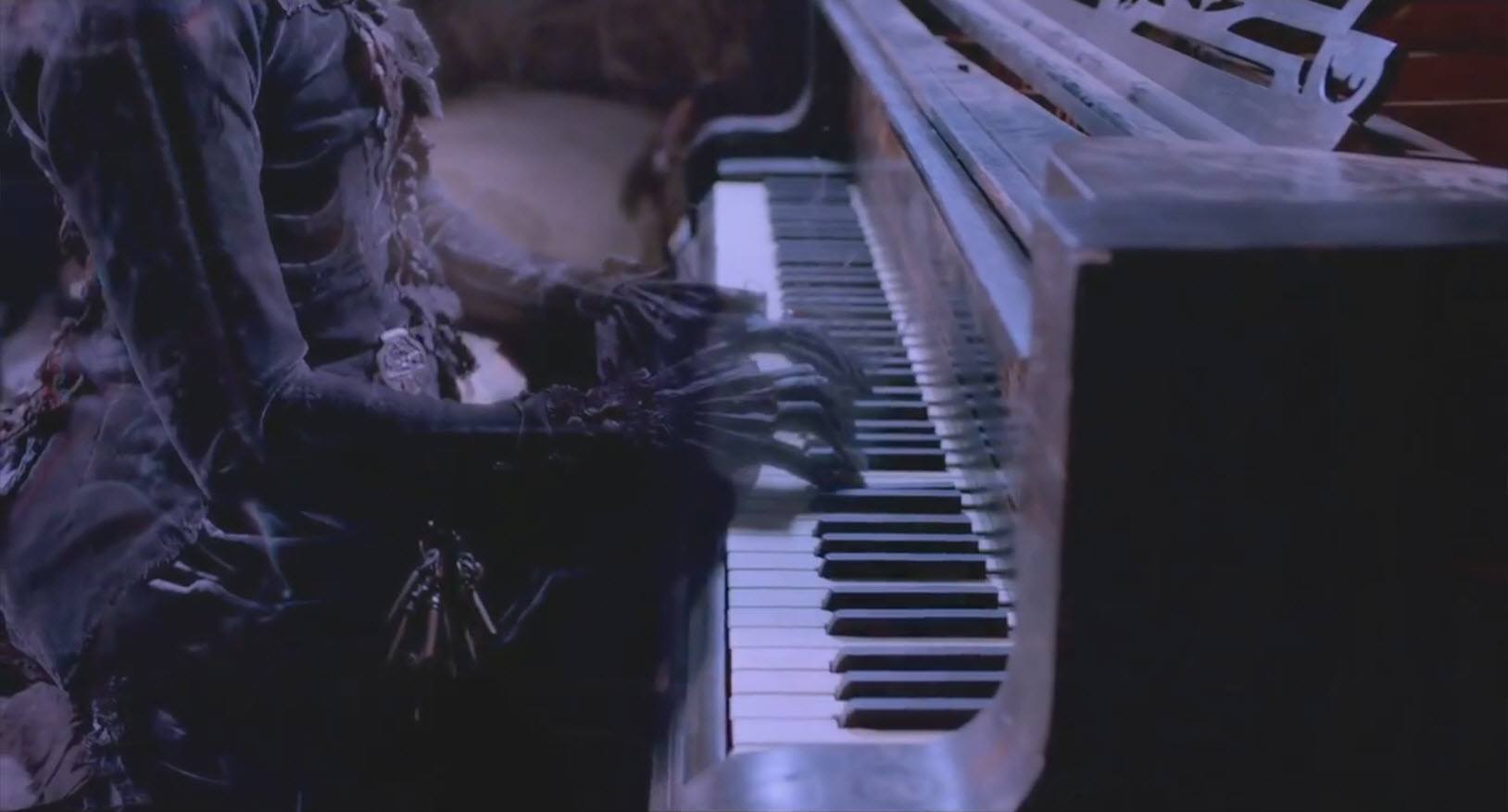 Newzik is a professional app that lets you organize your sheet music and access it from any device.

Its powerful features give you all the tools you need to work on your parts, rehearse efficiently, and perform on stage with confidence.

But what's trully unique about Newzik is its cloud-based system that allows you to share markings and parts in real-time with other users.

Try it for free!

The scariest time of the year is coming! To celebrate Halloween, we have gathered a selection of our 10 favorite classical pieces to listen to in this spooky season.

But of course, Newzik is all about playing, not just listening. This is why we've included free sheet music for each of these pieces that you can download directly into your Newzik library. If you're not a subscriber yet, download Newzik for free to recover these parts!

The Toccata and Fugue in D minor is a piece of organ music written by Johann Sebastian Bach. The piece opens with a toccata section, followed by a fugue that ends in a coda. The piece rose to fame and became one of the most famous work in the organ repertoire in the late 20th century due to its inclusion in Walt Disney’s Fantasia, among other things.

We have selected several versions of this piece for you:

The Mephisto Waltz are four pieces composed by Franz Liszt between 1859 and 1885. The first two were originally written to be played by a symphony orchestra, before they were arranged for various piano configurations (solo, four hands, two pianos…). The first one – the most popular – was inspired by Faust as written by Nikolaus Lenau. The sheet music mentions the original text:

“There is a wedding feast in progress in the village inn, with music, dancing, carousing. Mephistopheles and Faust pass by, and Mephistopheles induces Faust to enter and take part in the festivities. Mephistopheles snatches the fiddle from the hands of a lethargic fiddler and draws from it indescribably seductive and intoxicating strains. The amorous Faust whirls about with a full-blooded village beauty in a wild dance; they waltz in mad abandon out of the room, into the open, away into the woods. The sounds of the fiddle grow softer and softer, and the nightingale warbles his love-laden song.”

Click on the button below to get the piano part of this famous theme by Liszt:

The "March of the Dwarfs" is part of Grieg's Lyrical Pieces, a songbook of 66 pieces written by the Norwegian composer between 1867 and 1901. The March of the Dwarfs starts in D minor, and is articulated in a ABA form. The opening is dynamic and gives its title to the whole piece, which then moves on the much calmer, melodic part that modulates to D major in a stark contrast with the first part. Finally, the piece returns to the original theme in D minor, before ending on a mysterious quintal chord that seems neither major nor minor.

You'll find here a nice arrangement for piano and violin of this piece:

The Funeral March is the third movement of the Piano Sonata No. 2 in B-flat minor, Op. 35, a four movements piano sonata written by Polish composer Frédéric Chopin. Even though the sonata as a whole gained instant popularity and became a very popular piece, the Marche Funèbre is recognized as one of Chopin’s most popular compositions.

Here is a nice piano part for you if you want to tackle this iconic piece.

#6 – “In The Hall Of The Mountain King” – Edvard Grieg, extract from “Peer Gynt”

“In the Hall of the Mountain King” is a Norwegian piece of orchestral music composed by Edvard Grieg. It isd part of the play Peer Gynt and originally called “I Dovregubbens hall”. In the play, Dovregubben is a troll king that Peer Gynt invents in a fantasy. Its easily recognizable theme has helped it attain iconic status in popular culture, especially for Halloween productions.

For this one, we chose two arrangements: one for brass quintet, and one for six cellos!

This is definitely one of our favorite classical music pieces to celebrate the dead. Known as one of the most famous Halloween theme songs, “Danse Macabre” was written by French composer Camille Saint-Saëns. The piece was originally an art song for voice and piano with a French text by the poet Henri Cazalis, the voice part was later replaced by the solo violin (or cello) part. The piece was inspired by an old French superstition stating that Death appears at midnight every year on Halloween summoning the dead from their graves to dance for him.

Download the arrangement you prefer and challenge yourself with this demanding piece!

Franz Schubert composed his musical version of “Erlkönig” for solo voice and piano, setting text from Goethe’s poem portraying the death of a child assailed by a supernatural creature, the Erlkönig, translated as “Elf King”. Schubert’s version is very special as the four characters in the song are all sung by a single vocalist pushing most singers endeavor to use a different vocal coloration for each part.

Download the arrangement you prefer and challenge yourself with this demanding piece!

“Dies Irae” is part of Verdi’s Messa da Requiem composed in memory of Alessandro Manzoni, an Italian poet and novelist whom Verdi admired. The extract is based on a latin sequence and poem describing the Last Judgment, where the saved will be delivered and the unsaved cast into eternal flames.

Here are two arrangements of this piece for you:

“Night on the Bald Mountain” also known as “Night on the Bare Mountain”, is a series of compositions by Modest Mussorgsky inspired by Russian tales and legends. It was said that, originally, those pieces were set to be part of two operas (St John’s Eve and later The Witch) as Mussorgsky was commissioned to compose the theme of a witches’ sabbath occurring on St. John’s Eve.

Here is a full orchestral arrangement to challenge you and your friends and nail this year's Halloween concert on Zoom!

Beware: this melody will haunt you for a very, very long time. At least that's the case for me… “The Sorcerer’s Apprentice” is a symphonic poem by French composer Paul Dukas based on Johann Wolfgang von Goethe’s poem of the same name. By far the most performed and recorded of Dukas’s works, its notable appearance in Walt Disney’s Fantasia has led to the piece becoming widely known to broader audiences.

Here is a full orchestral arrangement to challenge you and your friends and nail this year's Halloween concert on Zoom! On the off-chance that you won't have an orchestra available to you right now, take a look at this nice arrangement for two pianos.

We hope you liked this top 10, and that you will have a great time practicing these tunes. Happy Halloween!

Disclaimer: all the scores provided in this article were found online and all listed as either Public Domain or Creative Commons and encouraged to be shared freely by their creators. If you want to learn more about the best online sources for legally getting sheet music, go ahead and read this article. Also, if despite our best effort to respect the will of the original creators, you are one of these creators and disagree with our use of your work, please contact us.

Antonin DvorakComposer of the Month #10

Claude Debussy Composer of the Month #9

Mark your scores up with a complete toolbox.

Enhance your sheet music with audio or video.

Mark up your scores with a complete toolbox.

Try it for free!

🍪 We use cookies to improve your browsing experience. Find out more.