Newzik lets you access your scores from any device and share markings in real-time with other users.

Join a community of 150,000+ musicians and unleash the power of digital scores with Newzik!

Music has always been at the heart of Apple’s DNA. Over the years, the Cupertino-based company has developed many amazing pieces of software such as GarageBand or Logic Pro, that aim at providing both amateur and professional musicians with the best tools to foster their creativity. Yet, despite the very high expectations that the iPhone and iPad raised amongst musicians, no portable device could match the performance of a laptop while simultaneously improving workflow. This was before the release of the iPad Pro in 2015 – the first Apple device to provide a comprehensive answer to musicians’ needs. Here is why the Newzik team believes the iPad Pro is the best device on the market for music production.

Size matters – and this has never been truer than for sheet music display. With a ratio of 4:3, the iPad Pro’s screen is the best available option to display the content of a standard A4 paper (11:8.5 ratio), which is the format most musicians use to print sheet music. With a larger display capacity than a 16:9 laptop screen, musicians now have enough screen space to display multiple grand staves for piano parts, or even an entire orchestral score. The iPad Pro’s advantages aren’t limited to sheet music display: a larger screen also means users have more space to display multiple tracks in any mobile DAW (Digital Audio Workstations), such as GarageBand, Logic, Cubase or FL Studio. This is particularly game-changing for piano players who are finally able to play with both hands at the same time, with the iPad Pro displaying up to three octaves compared with just 1 to 1.5 on the iPhone or a regular iPad.

The iPad Pro’s screen has a retina display resolution of 2732 x 2048 pixels at 264 pixels-per-inch (PPI) as well as an expanded color range. This makes it a great screen for displaying small details without straining users’ eyes. Add to this its automatic brightness control and you get a great solution for ensuring readability on stage, where lighting sometimes makes it difficult to read off paper sheet music.

Battery life is a universal issue where mobile devices are concerned – particularly in the world of music performance. Most musicians couldn’t imagine a worse scenario than having their mobile device shut down in the middle of a performance, leaving them without any sheet music to read. In response to this well-founded concern, the development team behind the iPad Pro have stepped up their game offering users up to 10 hours of battery life. This means that musicians should have enough battery life to perform any concert entirely unplugged even while using power-hungry applications. iOS employs advanced energy-saving technologies and fully uses the iPad Pro’s hardware capabilities. This is a level of integration and overall performance Android devices simply can’t match. Whereas Google uses many different hardware for one operating system – which are not developed in-house and therefore not guaranteed to interact smoothly with the operating system – Apple develops both the hardware and software, ensuring flawless compatibility.

With available storage of up to 2TB, the iPad Pro offers more storage space than most modern-day laptops. This leaves musicians plenty of space to store entire digital music libraries (between six and ten million pages, depending on file resolution) and audio tracks for future albums produced with GarageBand, Logic, Cubase, or FL Studio, to name a few. And if that’s still not enough space users can turn to Apple’s cloud-based storage system to expand their device’s internal memory.

One of the main advantages Apple offers musicians is the interaction and continuity across multiple devices. In recent years, Apple has pushed this concept even further, offering musicians an incredibly simple workflow and user experience that doesn’t get in the way of creativity. With the latest iOS and MacOS versions, users can now copy and paste across devices, smoothly transfer files from one device to another using AirDrop or create a shared folder using Files (formerly iCloud Drive). For example, let’s take a musician who writes his music using a desktop notation software such as Sibelius, Finale or Dorico. They can easily export the piece in PDF or — even better — MusicXML and transfer it to their iPad music reader using AirDrop, which is significantly smoother and faster than sending it via email.

They also have the option to handwrite their piece directly on their iPad Pro thanks to the Apple Pencil and notation apps such as Symphony Pro or Notion, and either send it via AirDrop to their computer (to make correction in Sibelius, for instance) or open it directly in their reading app with iOS’s Split View feature.

Apple also offers musicians the option to combine multiple audio interfaces thanks to Inter-App Audio and Audiobus, two programs that allow users to choose the audio output of one app as the audio input of another, opening a whole new world of creative app combinations. One obvious use for this technology would be through a sequencer app to control and record audio output across multiple apps. But Apple’s winning feature truly opens up endless possibilities for adventurous and experimental iPad users.

Update The iPad Pro 5th Gen has the “Face ID” feature (face recognition to unlock your device for instance) which means that your iPad can recognize some facial expressions. That opens really interesting perspectives: we could imagine turning pages with a nod or any facial expression.

When it comes to music-making, key requirements are real-time, zero latency recordings and audio processing. In order to work properly, music software relies on powerful hardware processors and the optimized influx of both audio and MIDI information. Core Audio is the core component of iOS that deals with audio in the iPad Pro (Core MIDI is the equivalent for MIDI information). While whole books could be written about how it works, let’s understand the benefits of this system, especially compared to Android. Core Audio has the advantage of being native to both iOS and OSX: iOS therefore benefits from a key component that has been developed, optimized and perfected over the years in the OSX environment. Using a native component also helps to reduce the battery consumption of audio processes in order to achieve maximum performance. In Android, on the other hand, audio is managed by a separate library (or software block) that consumes more battery power and requires higher processor speed to get similar results.

Basically, using the same method for processing audio across all hardware/software helps to prevent errors or incompatibilities, especially if this method has been tested and improved over the years in a similar environment.

Apple holds a historical interest in musicians and artists in general, and Core Audio is probably part of the reason why Apple computers have been so highly praised by music and audio professionals. Apple trumps its Android competition by providing a very low latency of less than 10 milliseconds (ms), squarely meeting the needs of professionals, while Android is usually limited to a 10 to 20 ms latency on its best compatible devices and to 200 ms on the average Android tablet.

Because there are many different tablet manufacturers for Android, they all make different decisions when it comes to hardware components, and one single piece of software has to deal with several different hardware configurations, which is far from ideal when it comes to optimization. This is the main reason why Apple should remain the gold standard for musicians in the coming years.

Update The iPad Pro 5th Gen is equipped with Apple’s own M1 processor including the Neural Engine: it may not have a great meaning to you but keep in mind that it is able to realize five trillion activites in just one second. For you musician, it means that page turning has never been more fluent and annotations have no latency whatsoever.

Apple offers a one-of-a-kind software/hardware integration experience, opening up an endless field of possibilities for creative users. Thanks to Core Audio (and Core MIDI), iPad Pro users can connect their device to external MIDI controllers and sound cards in order to expand its technical abilities. While the internal microphone is good enough to record music on the fly, professional production requires a more powerful sound card such as the Apogee Jam. Users also get to play around with amp simulations in GarageBand or AmpliTube by IK Multimedia to sculpt their sound, making the iPad Pro the lightest nomad studio solution ever. Keyboard players won’t be disappointed either. Thanks to the extended touch screen that can display up to three octaves simultaneously, keyboard players now have the option to play with both hands while reading off a mobile device for the very first time.

The new Force Touch ability, which is similar to the after-touch of modern keyboards, allows users to explore new possibilities and extend their playing through compatible apps, such as Roli’s Seaboard 5D app. There’s also the option of connecting an external MIDI controller to the iPad Pro thanks to Core MIDI. We recommend using Arturia Keystep, but iRig Keys by IK Multimedia is also a great option. Both can be USB-powered by the iPad Pro using the Camera Connection Kit. For users who need numerous MIDI options there are many professional MIDI interfaces available for the iPad Pro.

Update The iPad Pro 5th Gen is equipped with a USB-C port which allows it to connect with many electronical music devices: big screens, synthesizers, computers, MIDI interface… It can also be associated with an Apple Pencil that stays magnetized to the side of the device, works with induction charging and allows perfect handwriting.

The Newzik buying guide: which iPad should you choose?

Congratulations! Because if you are reading this, it is probably because you are thinking of finally taking the plunge and switching from paper to digital scores. We are very excited for you and we are confident that you will not regret it! 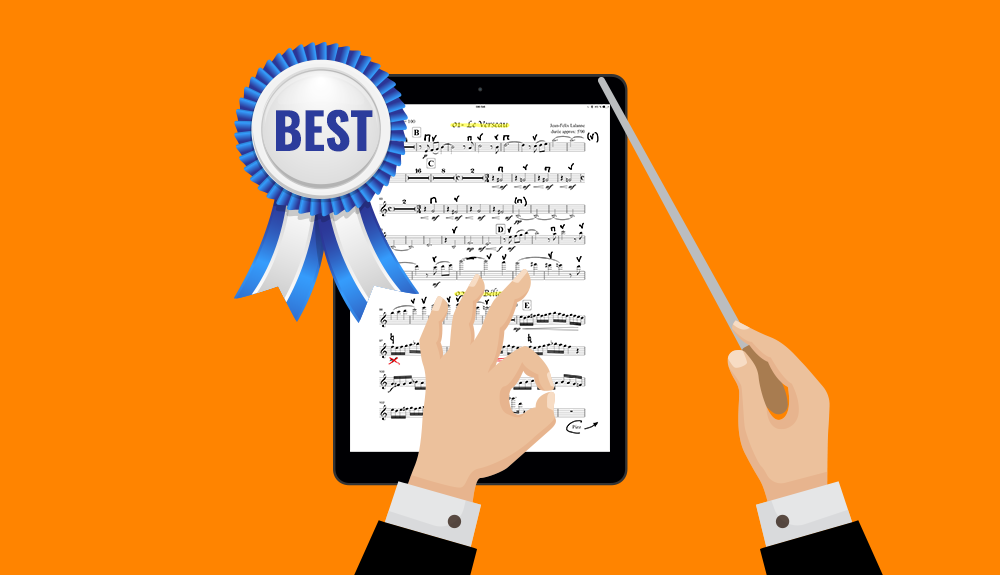 Music has always been at the heart of Apple’s DNA. Over the years, the Cupertino-based company has developed many amazing pieces of software such as GarageBand or Logic Pro, that aim at providing both amateur and professional musicians with the best tools to foster their creativity. The use of digital scores brings so many benefits: to name a few, it allows musicians to mark up their music without limits, it facilitates page turning, and makes storing and organizing sheet music quick and effortless. Newzik is used by a growing number of individual musicians, schools, and orchestras, to read sheet music off iPads. Our team is extremely committed to environmental topics and keeps a very close eye on Apple’s statements to raise awareness and advise our users on the best practices to adopt. 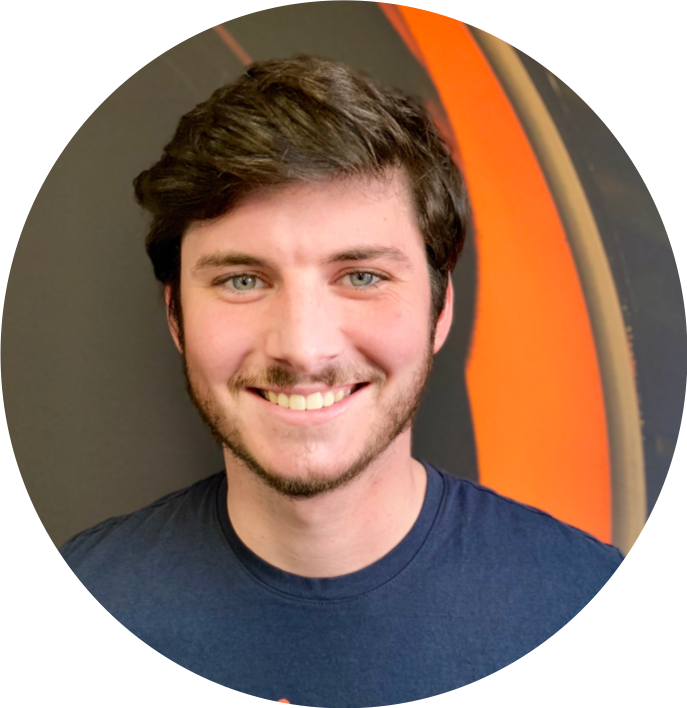